Alonso Alvarado is the man we rely on to get things done around here.  He is Florblanca’s Operations Manager and since he joined our team in 2014, Alonso has been invaluable to maintaining the level of beauty and luxury our guests have come to treasure.

Alonso was born and raised in the city of Puerto Limon in the state of Limon, Costa Rica. People from this area identify as being from Limon, as opposed to being from Costa Rica.  They have their own culture and, while they feel excluded from many aspects of the country, they are a strong and proud community. “We have too much blood to be defeated,” remarks Alonso.

Puerto Limon is the only beach area of Limon and Playa Bonita was the beach closest to Alonso.  His family’s home was situated right in front of the sea and Alonso thinks this is why his mother taught him to surf at the early age of 9. Alonso has an adventurous spirit that is perhaps informed by his eclectic heritage.  His maternal grandfather was Lebanese and his maternal grandmother was half Jamaican and half Chinese.  His father was originally from Cartago in the Central Valley, and lived in a mountainous village called Juan Vinas.  Alonso left Puerto Limon to attend college in the Central Valley. He worked there for several years as a young professional and then broke off to go explore the world.  He lived in Europe for 2 years, earning his Masters degree in Barcelona and also working in London.

After Europe, Alonso began working with large international companies.  It was then that he realized everybody he met was working most of the time in order to earn a relatively small amount of quality free time through travel and vacations. That’s when he decided to pursue a career in the hospitality business. This would allow him to live and work in the world that people cherish most. 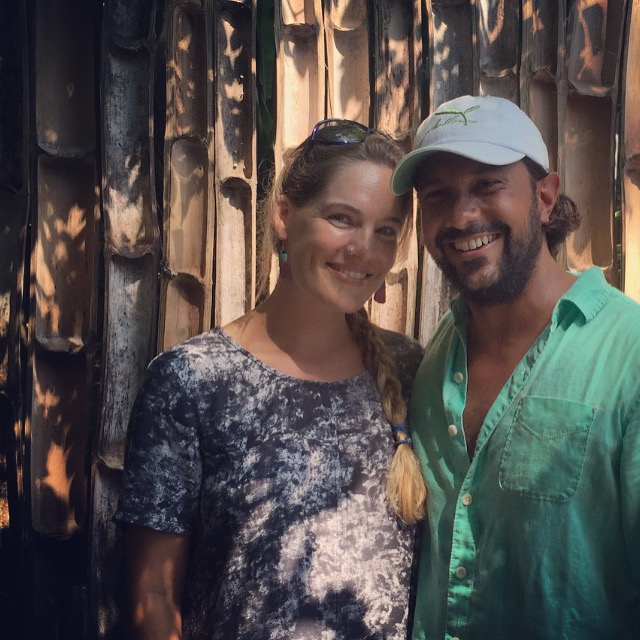 Surfing has remained Alonso’s passion throughout his life.  In his own words, Alonso explains what surfing means to him:

I surf because there is no feeling in the world when you are riding a wave. Nothing, NOTHING can compare with the feeling of being inside a barrel: the adrenaline, the fear, the excitement, the joy, the satisfaction…. an entire human emotional fix in a moment of seconds.

Surf for me is my LIFE, my passion, my balance, my energy…. it is also the way I can channel all my positive and mostly bad or weird energy. Like everyone else,  I have my angels and demons. Well, my demons are always under control because of the Surf. It is the reason that I keep my life in a normal stage, and also that I am available to understand and be thankful of all the beauty that I have in my life.

I can spend days talking about surf to someone that doesn’t know what it is. But the truth is that is very difficult to describe and understand what it does means… and that is why it is so COOL. It is SO COOL that you can’t describe it! And for me only the coolest thing in life you can’t describe or explain exactly what it means. I am not a big talker, but as you can see, I can spend hours and days just talking about it.

I can tell you exactly the time and date of my first wave ever ( Dec 25th, 1989…. Christmas day, my mom give me my first board and she took me to surf early that day ) and even the feeling that I had then.

There are a couple of things in my life that am sure will happen: 1-) eventually I will die (like everybody else ), and 2-)  I will surf until my body and mind allow me. We are so fortunate that Alonso landed here with us at Florblanca.  His dedication to the resort and to the comfort and wellbeing of our guests is evident in every aspect of the Florblanca experience.